Independent Power Transmission Operator (IPTO) announces that Naxos has been successfully interconnected to the High Voltage System (150 kV), through Paros and Mykonos, which marks the completion of the Phase B of the Cyclades Interconnection with the Hellenic Electricity Transmission System (HETS).

The electrical interconnection of Naxos includes the construction of an ultramodern Gas Insulated Substation (GIS) and the closure of the loop between Paros, Naxos and Mykonos. Upon completion of the project, a double supply is provided to these islands and their uninterrupted supply is ensured even in case of loss of one of the cables.

With the first three phases of Cyclades Interconnection, all consumers in the country save up to 90 million euros per year from electricity bills, while the environmental impact of the islands is significantly improving. The project is implemented with the co-financing of Greece and the European Union.

The Chairman and the Chief Executive Officer of IPTO, Mr. Manos Manousakis stated: ‘We are pleased to welcome Naxos to the Interconnected Islands. The benefits for the local communities are significant, as the electricity supply is shielded, not only of Naxos but also of the small Cyclades – especially in the summer months when the needs are clearly increased. The Cyclades Interconnection is progressing rapidly. The electrification of the second submarine line of Syros will be completed soon, while by the end of the year the Phase D of the Cyclades Interconnection enters the “starting line” with the announcement of the tender for Santorini’. 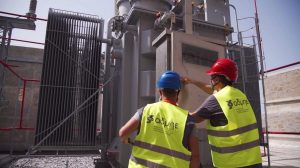